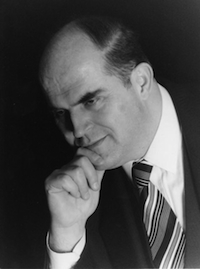 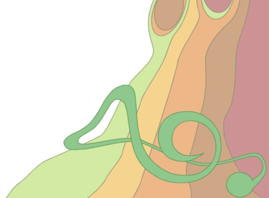 « back to main Who’s Who page

Who’s Who: the Orchestra’s Conductor

Mark Fitz-Gerald studied at the Royal College of Music, where his professors included Norman Del Mar, winning all the major prizes for both orchestral and operatic conducting. It was during this time that Hans Werner Henze invited him to take part in the first Cantiere Internazionale d’Arte in Montepulciano, Italy, as a result of which he was invited regularly to Switzerland as Guest Conductor of the Basel Sinfonietta.

From 1983 to 1987 he was Artistic Director of the RIAS Jugendorchester (West Berlin) where his innovative Filmharmonic Concerts received much acclaim and were later made available on CD. He returned there to continue the series with the Berlin Rundfunkorchester in 1992. Since then, he has performed the very specialised task of accompanying silent films live with orchestra, with much success in many countries and festivals throughout the world. His performances of the Trauberg/Shostakovich classic New Babylon (1929) have received much critical acclaim, in particular at the Japanese première of the work (opening concert of the Tokyo Summer Music Festival 2000) and at the Rotterdam Gergiev Festival 2001. With the help of Mrs Irina Shostakovich and Krzystof Meyer he has restored the complete score to another Trauberg/Shostakovich film, Odna (1929/31), and conducted the world première (the first Shostakovich première for over 20 years) in Holland and later in Paris, with enormous success. His restoration is now published in the new complete edition of the composer’s works, and he conducted the UK première at the Barbican Centre in 2006. His accompaniment of the 1927 silent film Wings with Carl Davis’ score at the 2010 Pordenone Silent Film Festival was so successful that it lead to an immediate reinvitation by the festival’s director David Robinson.

In 1986 he was appointed Music Director of Kentish Opera, with whom he has conducted many successful productions. He has assisted regularly at the Vienna Staatsoper, as well as the Vienna Kammeroper, and in 1992 he made his debut at the Volksoper with The Cunning Little Vixen. In 1994 he conducted the world première of an opera by the Mexican composer Victor Razgado at Spoleto (Italy) in conjunction with the Italian producer Luca Ronconi. In 1994 he conducted The Nutcracker for the Vienna Festival Ballet.

He has collaborated with Annetta Hoffnung in many major ‘Gerard Hoffnung’ concerts in London (both at the Royal Festival Hall and in the presence of the late Diana, Princess of Wales at the Barbican) as well as throughout Europe and Japan.

His CD recording of Odna was released in January 2008 and went immediately into the top 5 of the Naxos new release best-selling charts. Several other highly-acclaimed world première Shostakovich recordings have since been issued, in particular the first version of the Ninth Symphony, made at the personal invitation of the composer’s widow. In 2012 he made his debut with the Orquestra Ciudad de Granada, Thessaloniki State Symphony Orchestra and the Malaysian Philharmonic Orchestra. During 2012 he gave the Swiss première of Debussy’s opera The Fall of the House of Usher.

“A nugget of pure gold … the BBC Symphony Orchestra … under Mark Fitz-Gerald produced a revelation.” (The Independent)

“A victorious night for the music … painstakingly reconstructed by the concert’s conductor Mark Fitz-Gerald.” (The Times)

“Fitz-Gerald establishes himself as one of the indispensible Shostakovich interpreters of our time.” (DSCH Journal January 2009)

“Recording of the Month: [CD of Shostakovich’s New Babylon is] one of the most significant Shostakovich releases in recent years… without doubt this is one of the finest all-round achievements by Naxos.” (Musicweb International, www.musicweb-international.com, November 2011)

« back to main Who’s Who page